Development of an Organization that Utilizes Diversity

Each of MARUI GROUP's approximately 6,000 employees is different. We believe that innovation is assured when these employees are accepting of the differences in others and are able to unite with an eye toward social change and demand. We are therefore promoting diversity with regard to individual talents, gender, and age.

MARUI GROUP seeks to ensure that every employee can exercise their individuality and feel enthusiastic toward their work. To this end, we are promoting diversity based on three themes.

Message from Member of Diversity Subcommittee 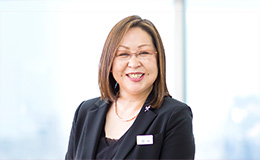 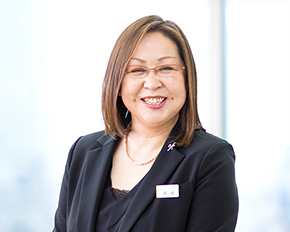 Improvements to Corporate Value Brought About by Promoting Diversity

Promoting diversity is one of MARUI GROUP's main management policies and is also a strategy for giving form to the Company's corporate philosophy of "continue evolving to better aid our customers." Our efforts on this front include cultivating a corporate culture in which all employees are accepting toward one another's individuality and reforming systems to make sure employees are motivated in their work as they tackle new challenges and grow. In addition, we are implementing management reforms to utilize this culture and these systems in promoting diversity.

Society is currently undergoing changes, and the values and needs of people are diversifying. In order to respond to these changes, we need employees to put forth their unique strengths, forming teams when individual effort is not enough. Moreover, we will need to build upon our ability to transform these endeavors on the part of employees into corporate value. MARUI GROUP is committed to fostering the individuality of employees that is their diversity in order to pave our road to tomorrow, remaining ever supportive of employees as we look to the future.

MARUI GROUP's diversity promotion initiatives began from the starting point of gender diversity. The number of employees involved has grown with each coming year since these initiatives were kicked off in 2013. As a result, these initiatives have continued to evolve through the gradual broadening of their scope, from only women to including men, from management to employees, and eventually to encompass a greater range of workplaces and finally the entire Group.

The promotion of diversity has been clearly identified as a management strategy in the Company's medium-term management plans since the fiscal year ended March 31, 2015. Specific diversity promotion initiatives include MARUI GROUP's participation in A Group of Male Leaders Who will Create a Society in which Women Shine, a committee headed by the Gender Equality Bureau of the Cabinet Office of Japan. In addition, we distribute Diversity Books containing messages from senior management to all employees. The Company has also established the Diversity Subcommittee, which comprises representatives from management, and the Diversity Project Team, which is membered by employees from throughout the Group. With these two organizations in place, we are able to set directives, such as expanding grassroots activities for fostering diversity awareness within the Group, in a top-down manner, while simultaneously advancing bottom-up diversity promotion initiatives.

Comprising representatives from management, the Diversity Subcommittee plays a role in supporting the Diversity Project Team. The members of this project team change with each fiscal year, resulting in an annual increase in the number of employees that have experienced membership. Moreover, the project team provides an opportunity for participants from differing backgrounds to learn of each other's individuality.

Activities of the Diversity Project Team

Open to all employees, the Diversity Project Team advances initiatives for the purpose of fostering a corporate culture in which all employees are accepting of one another and are properly motivated with opportunities to exercise their talents. In the fiscal year ended March 31, 2016, a meeting was held among the 43 members from across the Group that had been assembled in July 2015 through open application. Back at their workplaces, members shared information on the matters discussed at this meeting to further advance the dialogue. These members were also central in promoting other efforts through coordination among different workplaces.

The Diversity Project Team will continue to be a place for discussions on how to make the Group a livelier organization that is highly productive and conducive to fostering innovation. At the same time, this cross-Group project team will provide a venue for team members from different divisions to help them learn more about their peers.

As one facet of this project team's activities, February 2016 was designated as Diversity Promotion Month. During this month, Diversity Books were distributed to inform employees about the work-life balance support systems available to them. As a new initiative, meetings of the diversity forum for supervisors were held at which the supervisors who are directly responsible for managing other employees met to exchange opinions on how to better utilize diversity in management. 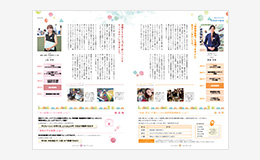 In the fiscal year ended March 31, 2016, members of the Diversity Project Team discussed the future of a more diverse MARUI GROUP, examined the issues identified, and took action to address these issues. 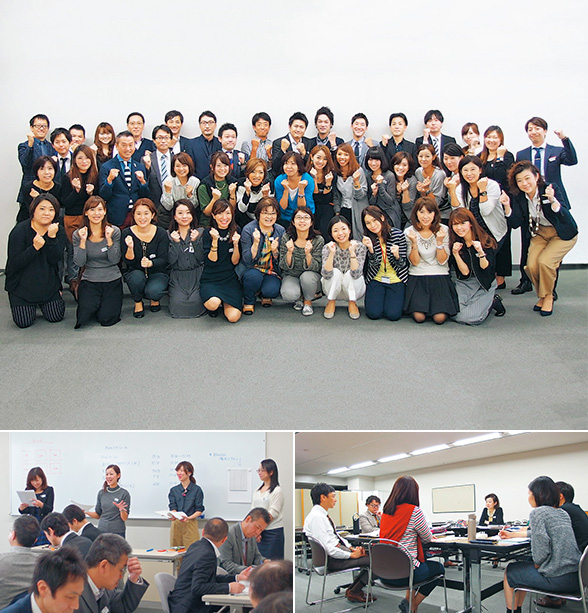