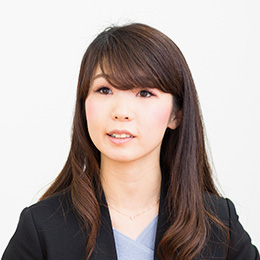 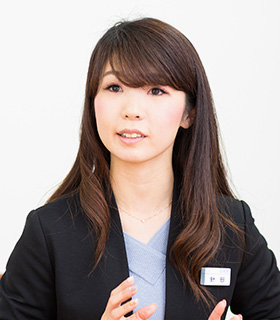 It was not long after the assembly of Diversity Project Team 2015 that we began to see challenges that would have to be faced in relation to coordination and goal sharing between the central Groupwide project and individual workplace projects. This undertaking would require one project team member to share information with 100 to 200 people at their own workplace and for diversity initiatives to be promoted while incorporating the unique personality of each workplace. This was an unprecedented undertaking, and one that proved more difficult than we could have imagined.

One particularly memorable part of Diversity Promotion Month was the diversity forums for supervisors. A total of 22 forums were held at individual workplaces and approximately 670 employees attended these forums, which proved incredibly meaningful in that they helped raise understanding with regard to the fact that diversity is not just a woman's issue, but rather an issue that pertains to all people. Attendees offered positive feedback, with some mentioning that the forums were a good opportunity to talk with other supervisors about matters such as how to approach management or one's subordinates. I too found things to take away from the forums and from the project team's activities in general. For example, my involvement in this undertaking helped me reaffirm the importance of thinking and acting for myself and of conveying messages in my own words. From my current standpoint in the Personnel Division, I hope to remain involved in promoting diversity well into the future.

Lifework of Promoting Diversity
as a Permanent Member 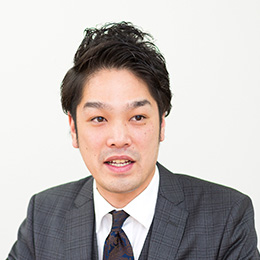 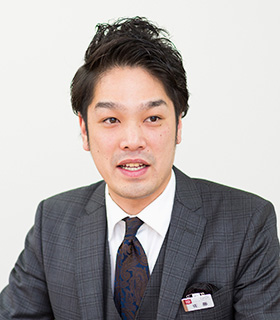 Lifework of Promoting Diversity as a Permanent Member

The fiscal year ended March 31, 2016, was the first year of activities by the Diversity Project Team. In this year, 43 members were recruited from across the Group via open application. At the head office, discussions were focused on the overarching theme of diversity as it relates to the entire Group. However, store level discussions in 2015 were still limited to the question of what exactly is "diversity." To address this difference in focus, the workplace project at Omiya Marui, which was advanced alongside the Groupwide project, began by encouraging employees to get to know the people working around them in order to better understand the type of diversity present at their workplace. The first step in this endeavor was to post photographs and write-ups of all store employees in the support center. In addition, we held offsite meetings for individual shops as well as offsite meetings for encouraging communication between different groups of individuals, by, for example, pairing mothers with single individuals or supervisors with younger employees. While engaging in intimate conversation with members of the workplace project team, we continued to persistently push forward with efforts to create various opportunities for people to get themselves better known and in turn for them to get to know others better as well.

At the same time, we learned of the difficulty of starting new initiatives. It is important to listen to the opinions of various people, state your own, and think together with others to move ahead with improvements. Diversity promotion initiatives cannot be completed quickly and they do not have a clear goal. For this reason, I personally have continued to take part in the diversity project at my workplace, despite my term as a member of the Diversity Project Team for the fiscal year ended March 31, 2016, having come to an end. I hope to make diversity an intrinsic part of MARUI GROUP. To this end, I will continue to advance communication with others, priding myself as a permanent member of the Diversity Project Team.

Meaning Found in My Own Diversity 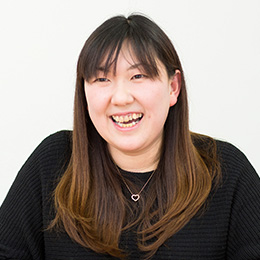 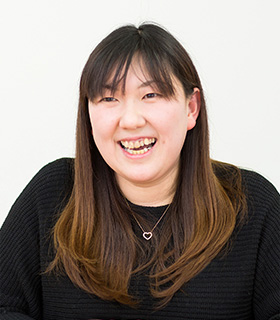 Meaning Found in My Own Diversity

My career history is complicated as I have joined companies as a mid-career hire, married a coworker, utilized the shortened work hour system after childbirth, undergone relocations, and made a profession change. As I have a 12-year-old son, I myself am a building block of diversity. The fiscal year ended March 31, 2016, when I took part in the Diversity Project Team, was a time of great change for me as I underwent my first relocation in eight years, and changed positions, leaving the watch sales floor where I had worked for nearly 14 years to move to the women's purse sales floor. Amid the sense of upheaval that these changes created, I thought to myself that, now, I was in a position to help the people that will raise children in the future while also finding a new source of motivation in my work. It was this belief that made me commit to take on this new challenge. No words can express the gratitude I feel toward the people that backed me up over my year on the Diversity Project Team.

MARUI GROUP's strength can be found in the quality of the people that work there. I believe that the fundamental motivation of people at MARUI GROUP is the desire to bring joy to customers, and everyone is kind enough to help others think through both the good and the bad, always adopting the perspective of the other person. This corporate culture remains unchanged today, more than a decade since I initially joined the Group, and I see this culture as displaying substantial potential for promoting diversity. The Group level portion of the Diversity Project Team's activities took place at the head office once or twice a month through meetings that lasted from morning until the evening. Based on the activities of the Groupwide project team, the workplace project team members at Marui Family Ebina generally gathered once a week to hold discussions based on the same themes as those discussed at the Groupwide level. In addition, we established a page for the workplace project on the Group's internal social networking site to facilitate exchanges of information. A periodic diversity newspaper was also published to provide more information. Marui Family Ebina's unique method of coordinating with the head office continues to be used by members of the Diversity Project Team for the fiscal year ended March 31, 2017.

Accept and Be Accepted,
the Core Principles of Diversity 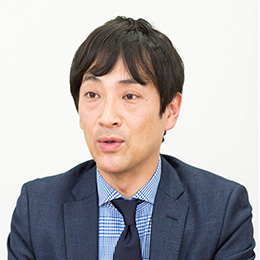 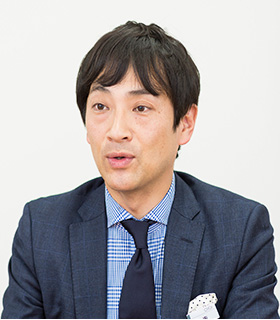 Accept and Be Accepted,
the Core Principles of Diversity

I came to be aware of both the "accept" and the "be accepted" aspects of diversity over a short period of time. I learned to accept in February 2016. In conjunction with the Diversity Project Team's Diversity Promotion Month, which was held at this time, the workplace project team at Marui City Yokohama held its own diversity promotion month. We arranged various events based on participant requests each day of the month, including lunch meetings only for working fathers and meetings of supervisors playing an active role in childrearing. Thanks to generous support from others, we were able to achieve widespread increases in diversity awareness within the store.

On the other hand, I learned to be accepted when I changed stores, simultaneously changing positions from manager of a menswear shop to manager of a womenswear shop. Based on my past experience, shop managers were always very knowledgeable and were thus able to answer any question. However, quite the contrary, I often found myself needing to learn from my staff. This experience sparked my desire to promote diversity in earnest. This was the moment that I became aware of the diversity within individuals. I needed to change my management style and my work style. This important experience taught me the true joy of diversity, which is found in listening to the opinions of others and putting heads together to get the job done, rather than simply issuing one-sided orders. From my own personal experience, I can attest that, although promoting diversity has its challenges, it is also a chance to make countless new discoveries.

Diversity of Diversity– Of Course We Are Different 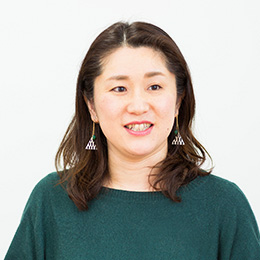 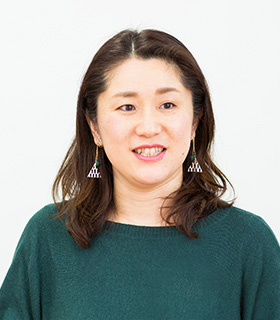 Diversity of Diversity—Of Course We Are Different

Everyone eventually has some situation arise that conflicts with their work, and such situations are not limited to childbirth and childrearing, but rather can include personal illnesses or the need to provide long-term care to a family member. Similarly, even if you are currently having other people giving you support, eventually, when you have more freedom, you might find yourself supporting others. Accordingly, it is important to do what one can at any given time and for everyone to support one another. This belief is, in fact, a part of promoting diversity.

When working on the Diversity Project Team, our goal of giving rise to success through diverse opinions from diverse members was actually a bit too diverse, making it difficult to plot a clear course toward this goal. Even when trying to decide something as simple as a lecture theme, the diverse range of opinions made it difficult to reach a decision. Feeling pressure from this situation, I found myself trying to force my opinions on others. It was a shocking experience when I realized that I was acting like a text-book example of a bad boss. Changing my approach, I decided to focus on why others held the opinions they did. This more accommodating stance led me to the realization that it is only natural for the type of themes of interest to people and the methodologies they prefer to be different. It was then that I discovered the importance of a proactive stance toward including others that are different from me. This was a large step forward in promoting diversity for me on a personal level.

The big-picture target of improving corporate value by promoting diversity differs from concrete numeric targets and goals like increasing operating income by ¥100 million. Diversity itself is too diverse to capture in a single concept. Nonetheless, I hope to continue my work as one component of diversity.